← back to
Vampire Blues
Get fresh music recommendations delivered to your inbox every Friday. 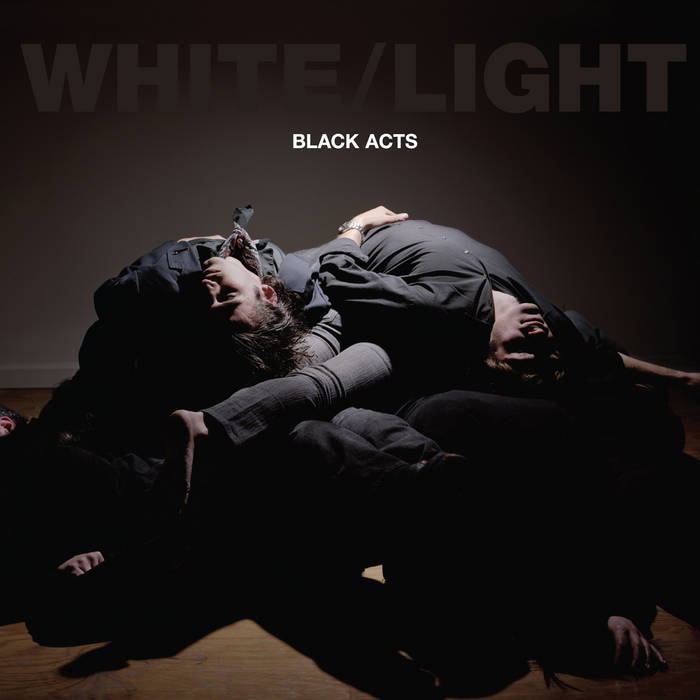 Black Acts is the new one by Chicago drrrr-oh-oh-oh-oh-ne dudes White/Light. As in drone music. As in psychedelic, electric, amplified, instrumental, noisy, makes-your-family-crazy music. And not just your family; the families of everyone involved. Their self-titled CD from 2005 drove Matt Clark's mom nuts, but Jeremy Lemos's parents dug it. Lots of people dug their collaboration with Rob A.A. Lowe under the name White/Lichens (Holy Mountain, 2007) But this one? This one's dark, as in Dario Argento-style spooky. This one's gonna freak out Clark's mom and Lemos's parents, too.

White/Light is a living-breathing collaboration between good friends. They get together in Lemos's studio, plug stuff in, and then listen to what happens. Guitars and pedals and amps and analog synths and more pedals and more amps, until the shit sounds like it's gonna melt. In the control room, they crack up at how beautifully hilarious and hilariously beautiful all that scuzz sounds. And then they do it again, with more pedals but fewer amps and maybe this time with an Indian Sruti box instead of a guitar and a bowed cymbal and some contact mics and tremolo and a shit-ton of reverb, and then back out through a spinning speaker and just one mic in the room facing the wrong way because Clark set it up this time. Oops.

But any Tape-Op-obsessed college kid with a taste for Subotnik could do that stuff, right? Wrong. Black Acts is the result of noise-obsessed intuition incarnate. Lemos is a fantastic, musical engineer, and Clark's a wonderful musician. They truly love this stuff, whatever this stuff is; they're still trying to figure that one out. When the music doesn't make them both smile, they know it's not right, and they start over, which is why this one took two years to put together. But they finally did put this new one together because it was ready, because they nailed "it," whatever "it" is.

Bandcamp Daily  your guide to the world of Bandcamp